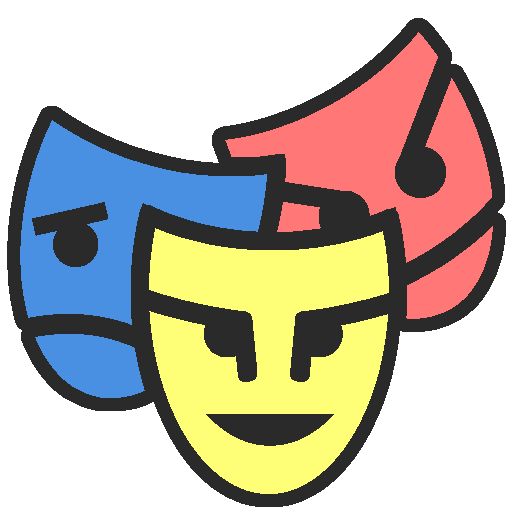 Promises, lies and betrayals in the fantasy world of Magic: The Gathering

Experience multiplayer Magic as never before! Play with an entirely new card type, Identities, as you watch your twisting and political games unfold. Can you outmaneuver your opponents in achieving your secret goals?

What is the Treachery game variant and how to play at it.

To play a game of Treachery, you need to print a few custom cards.

Magic players love rules. We wrote some more for them.

Also known as "Kindgom," "Usurper," "Throne Magic" or "Assassin;" Treachery is a casual multiplayer fan-made game variant for Magic: The Gathering™ and optimized for the Commander/EDH format. Play among four different roles, each with a unique victory condition: Leader, Guardian, Assassin, and Traitor. Inspired by the boardgame "BANG!".

You will love this variant if you enjoy playing games like BANG!, Werewolf, Resistance or Shadow Hunters! Treachery allows for a totally different group dynamics than classic multiplayer: the Assassins hunt the Leader, the Guardians try to protect the Leader and the Traitor is pulling the strings from the shadows, trying to be the last player standing.

Politics and bluff will be at the heart of the game. Players will more than likely have to lie to each other in order to achieve their secret goal. Who among the players truly is a Guardian and who is a merciless Assassin? Players won’t know who to trust, at least initially. Any player can reveal their role but by doing so, they trigger a powerful ability that can affect the game just enough for them to win, potentially making it too late for the others to realize their mistake! This leads us to the golden rule of Treachery: Do not trust anyone!

Treachery offers the best experience with 5 to 7 players, though you can also play with 4 or 8+ people.

Before the game begins, each player is randomly, and secretly, dealt an Identity card (which defines their role) from a predetermined selection. This selection can be customized, but there should be exactly one Leader, and at least one of each other.

Victory is determined by your role —

The Leader, and their Guardians, win if they are the last players standing.

The Guardians help the Leader, they win or lose with them.

The Assassins win if the Leader is eliminated.

The Traitor wins if they are the last player standing. (This implies killing the Assassins before the Leader, as well as other Traitors if there are more than one.)

In addition, each non-Leader role is granted a powerful, 1-use, unveil ability that can change the course of the game but at the cost of revealing your identity to all players. Will you take this opportunity or stay hidden in the shadows?

An Identity card is a customized nontraditional Magic card. It remains in the command zone throughout the game. Its subtype defines your role, your win conditions, and your potential allies.

Except for the Leader, all Identities are usually secret (face down), but they have an Unveil ability that allows them to be turned face up (like Morph), and thus triggering a powerful effect.

Players are considered opponents to each other as long as their Identities are face-down.

Starting a Game of Treachery

To start a game of Treachery, prepare a deck of Identity cards based on the number of players, as follows:

Shuffle the selected Identity cards together and deal one, face down, to each player. All players then look secretly at their Identity card. The Leader reveals themselves and turns their card face up. All other players keep their role secret. The Leader starts the game!

If you only wish to play a simple game of Treachery, you may instead use basic lands as role cards: Plains = Leader, Island = Guardian, Mountain = Assassin, and Swamp = Traitor.

If it’s your first game of Treachery, we recommend using only uncommon Identities. Rares and mythics are for advanced and expert players.

To play a game of Treachery, you will need to print & cut the Identity cards yourself. You will find all available designed custom sets under this section.

Treachery is meant to be played with another multiplayer game variant. Therefore, it follows the banned/restricted cards list from the format used. (Treachery is best played with Commander/EDH: see mtgcommander.net for more informations about this format.)

However, due to the increased political nature of Treachery, and the fact that all the players start the game being opponents to each other, some cards should not be played without prior agreement from the other players in the game, and may steer your playgroup to avoid other, similar cards.

It’s highly suggested to avoid the additional following cards in a Treachery game:

Treacherer is a « Play on Web » emulator for Treachery. Don’t have the time to print the cards? Use your smartphones!

Oracle is the Treachery Card Database. It contains the last updated images and texts. It also includes specific card notes to help players better understand the abilities of their identity cards.

Magic players love rules. We wrote some more for them.